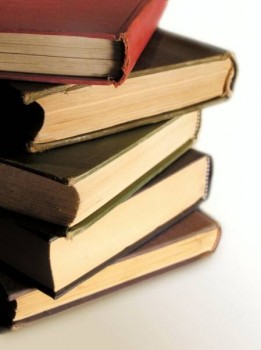 When people ask me what I like to read I usually answer with a simple ‘everything,’ but of course that’s not strictly true. I don’t read trigonometry textbooks or Romance novels, celebrity memoirs or cookbooks, monographs on the evolution of sheep shearing or anything by Dan Brown (in fact, just give me that thing on sheep first). But when I say ‘everything’ I’m being figuratively if not literally honest, because my tastes — especially when compared to the average reader — are very broad. I don’t read only one kind of thing. I’m a generalist.

There are plenty of people — possibly even the majority of people — that have a wholly different approach to reading. They are the specialists, and they only like one kind of thing and that is what they read to the exclusion of all else. It is tempting for me to regard this alien species as outside the category of ‘reader’ as I understand it — you know, the sort of person that, as a kid, spent all his lunch money on books, who’s tempted to get rid of his furniture to make room for his library, and who would rather read than watch TV, play jai-alai, or attend model home open house events in the hopes of a buffet spread. To me, a real reader is a voracious omnivore; metaphorically a gaunt, hollow-eyed ghoul with ink-stained fingers and sharpened teeth who knows an insatiable hunger so keenly painful it has in fact become a pleasure of sublime proportions. Our ghoul/reader will eat and eat and eat to the point of dieing, and ask for more with his last breath. Real readers are all a little bit insane — and they hope that no one ever finds the cure for their condition.

But, it’s a little unfair of me to judge my specialist cousins by the scales of my own mania. For starters, some of them are every bit as hungry and dedicated as I am (ever meet a Civil War buff?), they just have a kind of sharpened, monomaniacal focus that I lack. Long after I’d be bored of even a subject I’m passionately interested in, these specialists keep plugging away thanks to whatever neurological quirk they have that lets them gorge themselves on their chosen meal without ever getting tired of the taste. In fact, such dedication is generally a boon in professional circles, and it’s no coincidence that many specialist readers tend to occupy specialized professions.

Some specialists, however, betray an astonishing ignorance and prejudice toward any reading outside of their particular interest — and this is probably what has hungry ghouls such as myself looking askance at them as if they were some barbarous interlopers tracking mud all over our nice library carpets, and leaving crumbs between the pages of our favorite books. How can a  rational person — what’s-more a person that ostensibly enjoys reading — say they only read non-fiction? Or only heroic fantasy? Or only transgendered vampire novels that take place in the bronze age? What ever happened that prevented these folks from discovering life’s rich pageant of reading?

No doubt, time is a huge factor in people’s reading tastes and goals, something I have a tendency to forget. Not everyone has the time to read a book or two a week — or has even had the time to develop the necessary reading skills to do so in the first place. It only makes sense that a reader who can only read a dozen books a year is generally only going to read the stuff they like best — and they aren’t going to be able to explore many new kinds of things, either.

But that can’t explain all of it, as it seems that a person’s interests really come into play as well. If I could only read a dozen books a year — pretending for a moment that that actually wouldn’t kill me (which it would) — I’d still have a variety of books on my list. So, how is it that one person develops eclectic tastes, while another’s stay narrowly focused? Could this even be a nature versus nurture argument? Are there born specialists, and born generalists?

Probably, to some extent, there are. But I think it must go beyond that, to the way we picked up reading as kids and adolescents. Whether a kid is encouraged to read widely, or even if he or she is exposed to a variety of experiences and concepts outside of the printed page that will later translate into the sort of broad base of knowledge that serves as the foundation for a generalist, is probably a big factor. I know as a kid I didn’t have a lot of books in my house, but I did have a local library to explore, and explore it I did. I read all sorts of things, and picked up far more books that looked interesting that I never really got into; but the important thing was I wasn’t intimidated. I never thought there was stuff in there that ‘wasn’t for me’ (well, maybe the Romance stuff). But is that what happens to specialists? They find something they ‘get’ and never have the time, inclination, or even the confidence to try anything else?

And is it strictly true that there are these two opposing types of reader, and not some sort of continuum of interest and ability that creates as many types of readers as there are readers themselves? I wouldn’t swear there wasn’t, but I do spot a big difference between a reader who exposes themselves to a wide variety of material, and one who has reread Terry Goodkind seven times but never at least tried to read a book by Dickens, Twain, Orwell, or Hemingway. Or the non-fiction guy who avoids novels because he insists he can’t learn any ‘facts’ from them, versus the student of history who knows that the best way to get under a culture’s skin is to read its fiction. Or the reader who only likes a particular kind of media tie-in novel, or only books by a certain author, or only multi-volume series with Mary Sue characters and happy endings, as opposed to the sort of person that enjoys the occasional reading challenge, and wants to be exposed to many viewpoints and perspectives.

But how much is specialization the result of innate motives on the part of readers, and how much are the results of pressures applied from without? An old truism in publishing holds that successful authors spend their careers rewriting the same book — in other words, they keep giving fans exactly what the fans signed on for in the first place. This philosophy has lead to a great many writers adopting pseudonyms whenever they cross genres — as if the audience is too stupid to understand that two different books from two different parts of the store, one with a .45 and police caution tape on the cover and another with a pointy-eared damsel and a unicorn, may actually not be the same sort of novels since the same author’s name is on the cover of both.

That of course seems ridiculous, but how about the situation in which a writer writes genre novels and also work targeted at the so-called ‘mainstream?’ In that case, all those readers who have specialized in ‘respectable’ might have their fragile skulls implode if they saw their favorite author’s name on a book with a rocket ship on the cover. Here is a pretty good example of a kind of specialization imposed from outside upon a reader, and I think there must be a million more examples of this kind of bias picked up through everything from peer pressure, occupation, and education, to marketing campaigns, product placement, or a clever advertisement or endorsement.

But is this even the same sort of specialization as the reader who only reads Jane Austen or Robert Jordan? And, borrowing from that example, can either of those specialists claim to be more sophisticated than the other? My own, generalist, sharp-toothed and ink-stained-taloned ghoulish answer to that question is a resounding ‘no,’ the Austen and Jordan specialists are both guilty of an appalling narrowness of interest — but it very well could be that my own definitions betray the same bias, and are themselves an example of a kind of specialization. Is there, in fact, such a thing as the specialization of the generalist?

Of course not, forget i mentioned it, that’s just fuzzy post-modernist thinking and what I said originally about generalists being far cooler than specialists is the bulletproof truth. How do I know? Simple. Send a generalist and a specialist to the same party and, unless the party is full of mechanical engineers and our specialist only reads books about hydraulics and thermodynamics, the generalist will have the better time. You see, odds are the generalist already knows a bit about the specialist’s specialty, and furthermore it just might be the case that all those mechanical engineers don’t want to sit around and talk shop anyway during their soiree — indeed, they might be much more interested in hearing what the generalist has to say about sheep shearing or Dan Brown.
__________
BILL WARD is a genre writer, editor, and blogger wanted across the Outer Colonies for crimes against the written word. His fiction has appeared in numerous magazines and anthologies, as well as gaming supplements and websites. He is a Contributing Editor and reviewer for Black Gate Magazine, and 423rd in line for the throne of Lost Lemuria. Read more at BILL’s blog, DEEP DOWN GENRE HOUND.

[…] founded on some sort of smug exclusivity, mosey over to Black Gate to read my full article on Specialist and Generalist Readers and notice that I’m legitimately perplexed. Are the two broad camps of reading styles the […]

I’ve always read a lot as well, and prefer reading over watching TV. In my middle school days i was more of a general reader. Reading just about anything that sounded good. But at about 14 i Picked up a random book that had a nice cover called ‘The Cleric Quintet’ by RA Salvatore. Since then i’ve become more specialized I usually only read fantasy with a little scifi thrown in. Within the past 6 months i’ve started to branch out some more. So i went from general, to specialized for a few years, to starting to branch out a little more.
Good Blog topic, made me think a little.

A generalist that calls themselves such and won’t read about mathematics, cooking or romance novels is full of it.

You could also say someone that hasn’t read thousands of books of all sorts by the time they are 30 isn’t ‘real’ either. Also silly.

Maybe I didn’t get the nuances of this post right. I would never say someone who hasn’t read thousands of books by the time they are 30, or 40, or 50, or whatever, isn’t a ‘real reader,’ I’m not sure how that does relate to what I’m saying.

What I am saying is a person who only reads about Civil War battles, Keynesian economics, low-carb cooking, or regency romance isn’t a ‘real reader’ — ie. someone whose appetite for reading itself outweighs any one particular mania, obsession, or interest.

It’s about attitude, not numbers of books read. And it is also meant to be a bit tongue and cheek, yea? Observational, not condemnatory. I really don’t find others reading habits all that terribly important until I’m stuck next to them at a party, and even then there’s always baseball and the weather to fall back on.

[…] on trying to get more read over time. I’ve also talked about reading ruts and obsession in Specialist and Generalist Readers. Beyond the practical, my paen On Bookmarks may be of interest, as might my celebration of browsing […]