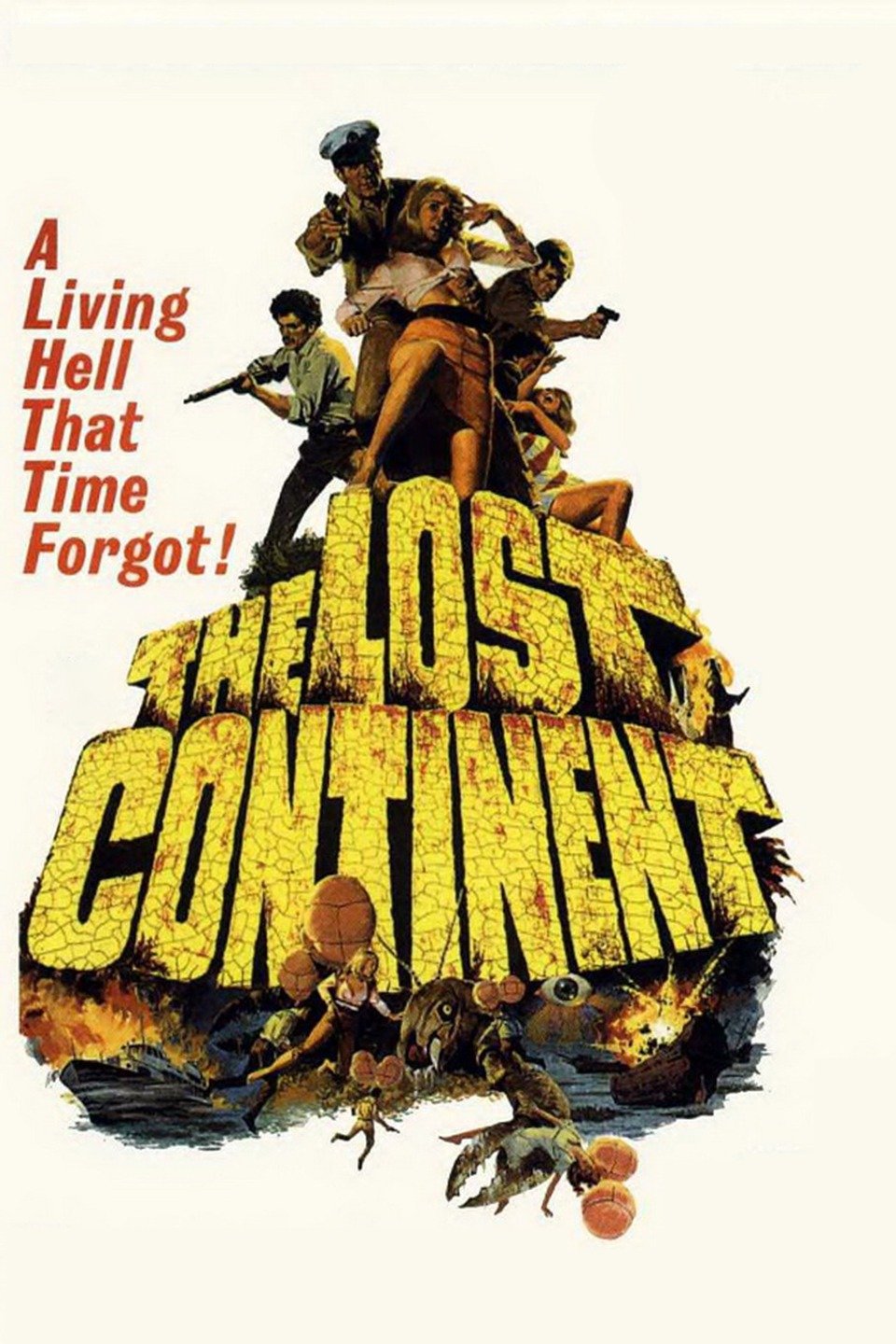 Hammer Film Productions’ fantasy-adventure The Lost Continent is an adaptation of the works of William Hope Hodgson. Or it is to me, anyway. The credits say it’s based on the 1938 novel Uncharted Seas by Dennis Wheatley, but my eyes don’t lie: what Hammer put on screen is the nearest any movie has come to capturing the aura of Hodgson’s weird tales of the slimy terrors of the deep and the unknown horrors lurking in the Sargasso Sea.*

The Lost Continent arrived during the final phase of Hammer’s golden age. The company had moved out of its original studio at Bray and was now shooting at Pinewood and Elstree Studios. The feel of a unified family was starting to fray, and Hammer’s best in-house producers would soon depart. But producer Michael Carreras, son of studio head James Carreras, was still around and pushing Hammer to make larger-scale adventure films. Although Carreras was one of Hammer’s most prolific producers of horror movies — he produced Terence Fisher-directed classics like The Mummy, Dracula, and The Curse of the Werewolf — he never had any personal fondness for the Gothics. He saw lavish adventure and fantasy films like She (1965) and One Million Years B.C. (1966) as Hammer’s future. The Lost Continent was meant as an extension of the success of those movies, although it sometimes veered into horror.

Carreras was also an occasional director, and when The Lost Continent’s original director Leslie Norman (X the Unknown) fell sick early in production, Carreras stepped into the director’s chair. Carreras also wrote the screenplay under the pseudonym Michael Nash, the name of his gardener.