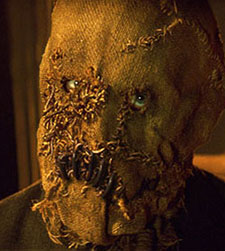 My novel-writing continues apace. Therefore, I shall be brief today. Or as brief as I possibly can.

Last year I did a series of posts about the “hi-tech lo-tech” devices that have emerged to help authors remove themselves from the distractions of today’s tech-crammed environment. The temptations that lure people away from writing seem to increase exponentially with each month, but these clever creations have found ways to use technology to create settings that don’t evoke technology, combining ease of use with the simple feeling of a clean sheet of typing paper. I’m as devoted this year as I was last year to the Alphasmart NEO and WriteRoom (which has a PC equivalent called DarkRoom), but I had reservations about the third lo-tech helper I discussed, Write-or-Die, the work of a certain Jeff “Dr. Wicked” Printy.

I blogged at the time that Write-or-Die wasn’t the sort of writing help that I needed: a web application that provides punishment if the writer did not continue to pound away at the keys in a steady beat. Many people love it, and claim they would never meet any of their daily deadlines without the program’s specter of terror, like the Scarecrow from Batman Begins hovering over them with his fear toxin, forcing them to dash forward. But I never found it that useful a tool—and I had a fear of losing my writing that was stronger than Write-or-Die’s punishments of annoying sounds and un-typing my last few words.

However, Dr. Wicked has a November present for writers: a desktop version of Write-or-Die, which he wrote using Adobe AIR so it runs on both PCs and Mac OS X. It isn’t free like the older online version, but Dr. Wicked asks for the modest fee of $10 for the application. If you find the online version immensely helpful, you’ll discover the desktop version doubly so because of its new features, and worth the investment.

END_OF_DOCUMENT_TOKEN_TO_BE_REPLACED

In a few days, the clock will click over from October 31st, Halloween, and pass into November 1st, a day usually associated with the major retailers of North America vomiting out as much Winter Holiday displays they can. (Once they waited until the day after Thanksgiving, but now I think they are prepared to creep into mid-October as well, before the pumpkins are even carved.)

But for tens of thousands of people across the globe, the seam between October 31st and November 1st marks the dramatic beginning of one of most anticipated events of their year: the start of National Novel Writing Month. (www.nanowrimo.org) A month of “literary abandon,” as its website proclaims. Established in 1999 between a few friends in San Francisco who wanted to know what it would feel like to be “novelists,” those magical people who had actually written a full-length novel regardless of whether it would ever go public or not, NaNoWriMo (the customary abbreviation) has expanded into one of largest creative writing projects in the world. As of this writing, 82,000 people across the world, from teenagers to nonagenarians and at least one other Black Gate contributor, have signed up to participate, and the numbers will leap dramatically in the remaining few days before the start mark. The event has not only led to published novels and new careers, but also offered form of therapy and creative exploration for people who never would dream of trying to get published. It embraces noveling as a form recreation, not an idea often associated with it.

END_OF_DOCUMENT_TOKEN_TO_BE_REPLACED

My MVP Award for Writing in 2008 goes to a miniature machine that has made this year one of the most productive of my life:

Behold a piece of technology that uses all the miniaturization and power-saving abilities available today to make what is essentially the typewriter of the new era. The Alphasmart NEO writes. And that’s about it. It weighs as much as a 8” x 10” spiral notebook. It runs for seven hundred hours in three AA batteries. It’s a work of genius—I feel like an old west gunslinger when armed with the NEO. Anyplace I go, I can quick-draw and write. Have NEO—Will Travel reads my card. I am absolutely in love with it.

END_OF_DOCUMENT_TOKEN_TO_BE_REPLACED

Continuing on with my reviews of high-technology ways to get back to low-technology days of writing, I turn to an application that I don’t use often myself, but which comes with high recommendations from people who need a swift kick in the shins to get them typing:

Write or Die is an online application that, according to its creator Jeff Printy, a.k.a. Dr. Wicked, puts the “Prod” in “Productivity.”

In other words, it makes you write via threats and psychological torture. The tangible threat of immediate punishment is more effective a tool toward productivity than less tangible and more distant rewards, at least for some people.

END_OF_DOCUMENT_TOKEN_TO_BE_REPLACED

I was originally intending to write a post about my experience during this year’s National Novel Writing Month. But I have the tendency to over-write everything I do — my novel for NaNoWriMo included — and the essay has already gotten out-of-control and will require more than just hashing out the kinks late on Monday night while The Horror of Party Beach plays on the TV. The previous sentence is an example of over-writing.

So while I get that essay restrained and re-done, I instead offer the first installment in a multi-part series about the hi-tech lo-tech devices that have emerged to help writers make themselves more productive in a society that finds more and more gizmos to distract them when they should just be plunking down words onto a page. You writers all know of what I speak: how can you effectively turn out three thousand words of your new novel on a word processor that offers you twenty different awesome ways to format your footnotes? And which lets your web brower peak out around the sides, tempting you to check out the newest posting on The Onion? You might fix the window to block out all that, but wow, look at all the ways you can manipulate the screen!

Face it… writers will create distractions out of anything. So finding a way to get those pesky annoyances down to a minimum is worth checking out. (As long as it isn’t distracting you…)